As the R360 Coupe celebrates its 60th anniversary, we look at how Mazda’s first-ever passenger car set a blueprint for years to come

Mazda’s 100-year history is full of revolutionary models, but very few stand out as vividly as the R360 Coupe, the company’s first-ever passenger car. Launched in 1960, it played a key role in establishing the brand as a force to be reckoned with.

The R360 was a car that took the industry – and Japan as a whole – by surprise. It immediately grabbed attention with its price tag. At 300,000 yen, it was an unthinkable 20 per cent lower than rivals’ prices at the time. But that was only part of its appeal for prospective owners.

While accepted wisdom dictates the cheaper the price, the lower the quality, Mazda’s offering proved the opposite, because it was equipped with an array of state-of-the-art features and technology. Most significantly, it came with a four-stroke engine (an air-cooled 356cc V-twin engine producing 11.9Kw) instead of the then common two-stroke engine. This in itself was unheard of for a small car in Japan.

The pioneering engine helped improve both the durability and fuel economy of the R360, with the latter increasing from the average 26km/L, for a similar car, to a staggering 32km/L.

But the innovation didn’t stop there; the engine employed a substantial amount of magnesium alloy in its structure to reduce weight, which was also unheard of at the time. The car also featured a four-wheel independent suspension system that delivered an exceptionally comfortable ride. Plus, an automatic transmission made driving easy.

Combined with the emblematic two-tone colour scheme, and a futuristic design by one of Japan’s leading industrial designers, these technological advances ensured that the R360 Coupe proved popular with the Japanese public and the car quickly became a hit with customers.

But how did Mazda pull this off, when so many in the auto industry were convinced it couldn’t be done? One key factor was the so-called ‘Pyramid Vision’ advocated by Mazda’s forward-thinking third president Tsuneji Matsuda, son of Jujiro Matsuda, the company founder.

In the early sixties, Japan was changing. The country was hosting the Olympics, and the population was enjoying an increase in average income, becoming eager to improve its lifestyle. Simply put, Japan was ripe for mass motorisation.

Sensing the tide was changing, Matsuda was quick to realise that the demography of potential car owners in Japan would form a pyramid-shaped diagram, with the general public forming the base as the biggest percentage, through to the peak where the most privileged would be factored in.

Matsuda called this the ‘Pyramid Vision’ and strongly insisted that Mazda develop new passenger cars that would be affordable for the mainstream, not just the select few. This vision would quickly pay dividends, and Matsuda was fortunate to experience the impact of it for himself first-hand. Speaking to a national newspaper in Japan at the time, he explained: “I was curious to know what the general public would think of our first-ever passenger car, the R360 Coupe.

“I decided to go on a test drive to a town about 30 miles away from Hiroshima city, to see how the radio system would work. As soon as we arrived, local residents came out to marvel at the car – which they knew existed thanks to our PR efforts. They were really impressed and said they couldn’t believe they would be able to afford such a stylish car. 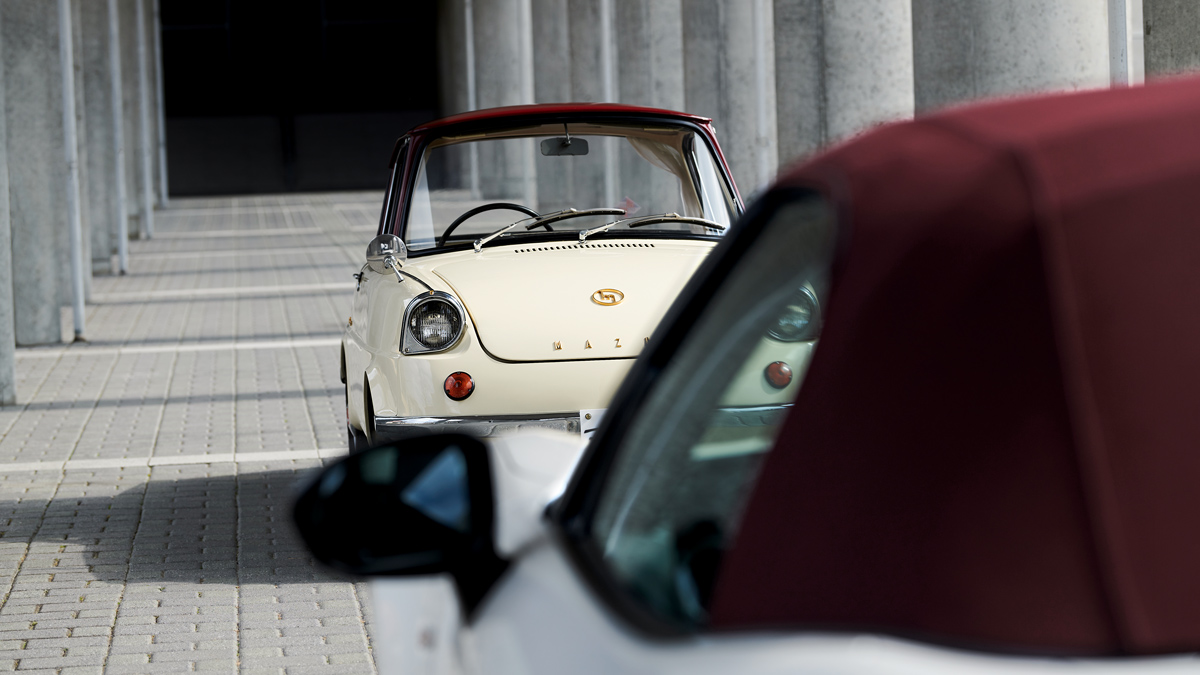 “This is what we were hoping for,” Matsuda continued, obviously delighted by what he had witnessed. “I was so happy to actually see people were eager to get their hands on what we had offered.”

The R360 Coupe swiftly became a success. After a year of planning, in May 1960 Mazda released the car nationwide. In the lead up to the official launch, the firm quickly received orders for as many as 4,500 cars. By the end of summer, monthly sales reached an impressive 2,000 units, and they continued to rise, achieving a phenomenal record 4,090 sales in December. With total figures for 1960 resulting in Mazda having a 64.8% production share of the micro-mini car market, the rest is history. A legend truly had been born. 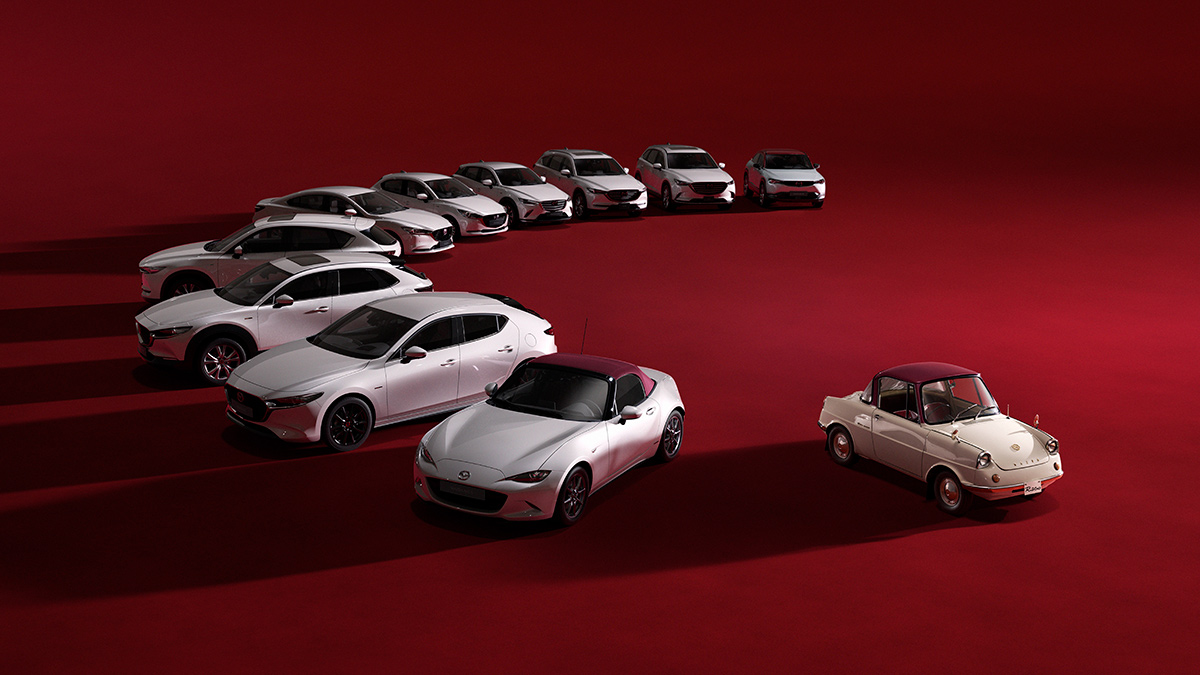 Sixty years on from the launch of the iconic R360 Coupe the model is still showing its influence, as seen on Mazda’s latest special editions, which celebrate the company’s centenary. The 100th Anniversary Special Edition models pay tribute to the R360 by way of a two-tone colour scheme, which was a feature of high model grades of the R360. Inside, burgundy features prominently, appearing on the seats, carpets and mats, while a special 100th Anniversary logo is used on both the headrests and keyfob. The 100th Anniversary Special Editions are available across select models in limited numbers. To stay updated and learn more about the special editions, register your interest here.